So we have set the GC into a healthy state earlier. We know it’s healthy as we tried the all possible valve and event timing and find optimum point for valve timing. What we do after this exercise is to set the healthy calibration result as a footprint. This footprint is the one to be used for reference for any future data comparison. The following is the footprint that is taken from 20/6/2018 11:31.

Now that we know that the natural variation of the GC will result in uncertainty of around 0.103%, we can then set an alarm limit. As there is no standard talking about this, we currently set the limit to around 0.005% higher than the highest detected uncertainty so far. Therefore we set the alarm limit at 0.108%. The uncertainty trend with the limit will now show as follow: 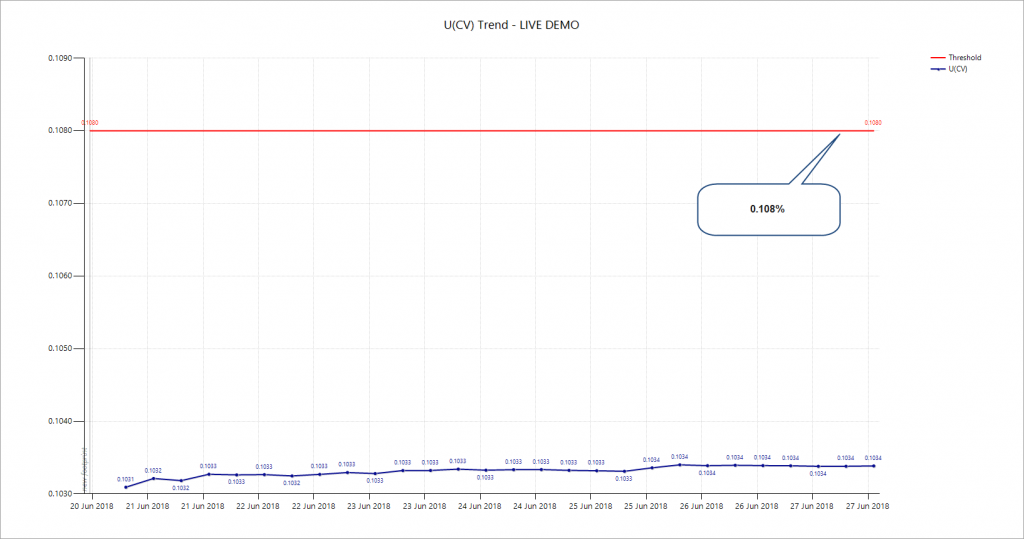 Performing this removes the need of monthly repeatability test as we are performing an automatic “reproducibility test” by looking at the calibration result and interpret this as an uncertainty value of the CV calculated by the GC. When the GC starts to drift, the uncertainty will start increasing and we will get an early warning of fault with the GC. The following trend shows an actual case where the rise of the uncertainty flag an issue around 2 months prior to the actual failure happen on the GC. 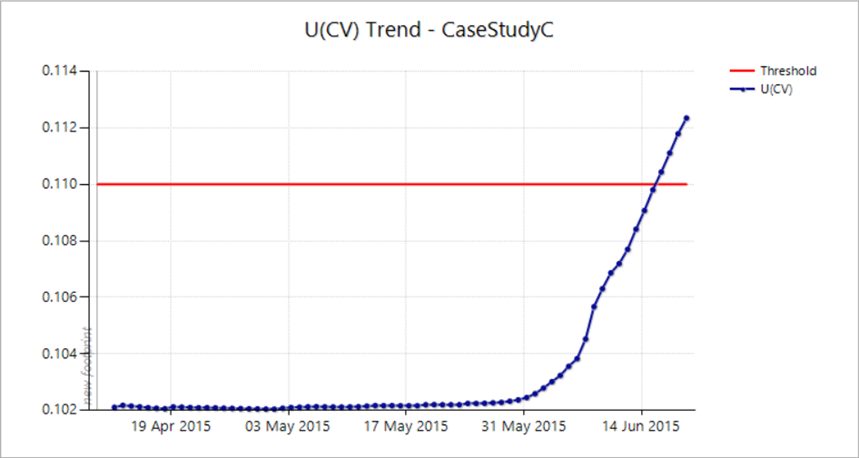 On another case, we also found that there’s a sudden increase of uncertainty as shown below:

Because of the sudden increase in uncertainty, GCAS flags up the operator by raising an alarm. We can then dig deeper on what’s causing the issue. From the RF trend, we then identified that the problem came from propane response factor as shown below:

We can then take an appropriate action before mis-measurement actually happened. The increase in uncertainty only impacted the accuracy of the GC by small amount and by rectifying the issue before the issue becomes big we have managed to avoid a potential failure or mis-measurement on the GC.